Create an Account - Increase your productivity, customize your experience, and engage in information you care about.

Signs are posted on the route for winter storms.


Major thoroughfares and access to emergency snow routes (City Hall/Police, Fire Station, Logan County Hospital, Manor, etc.) are kept open to provide a transportation system for these facilities. In a snow emergency, these routes are the first routes to be cleared.


Secondary major and minor thoroughfares generally give access to schools, business areas, grocery stores, and service stations. These routes are cleared after primary routes are serviced. 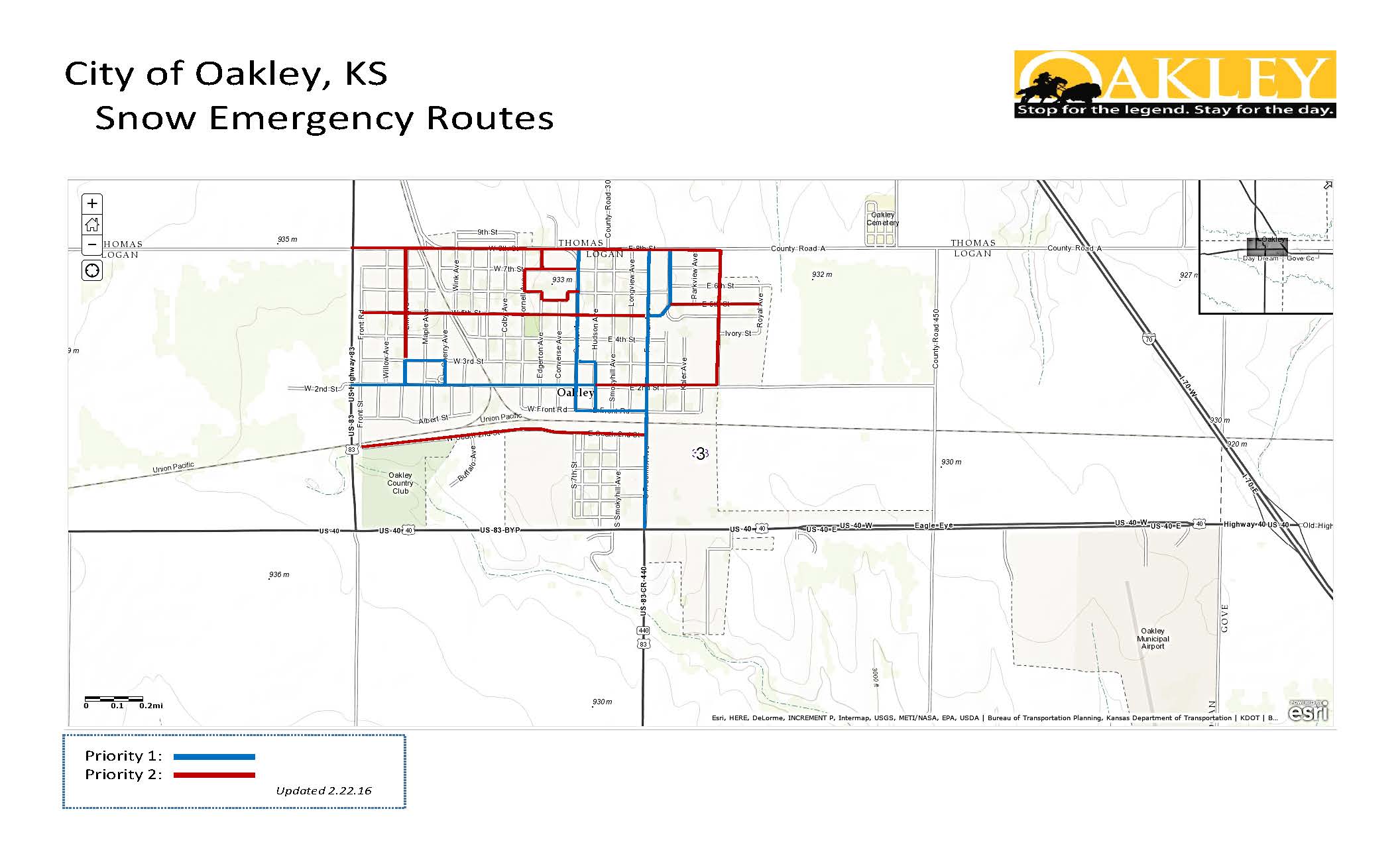